It was approaching midnight in Rio de Janeiro and we were completely lost. We had only arrived 6 hours ago, and in our quest to find some fun none of us had paid attention to the name of the hotel. Or the street it was on, or the phone number, or anything else that might help us find our way back. We were at the mercy of the “Marvelous City.”

Rio was the last leg of our university’s 16 day study abroad tour through South America. We had been hauling our luggage cross-country nonstop from one ruin to another in Peru and hours of our lives had trickled past peering out the windows of tour buses. Now in the home of the world’s largest Carnival celebrations and with the excuse of a birthday we were ready to cut loose.

The extended grooming rituals of the younger girls meant it was almost 10 p.m. before we went marching out onto the streets, the girls stumbling a little in their high heels over the uneven mosaic sidewalks. We walked and laughed and assumed that even on a Tuesday fun couldn’t be far away in Rio de Janeiro. After half an hour we were beginning to wonder if we missed it. We stopped at a bar and found the drinks were three times what they had cost in our hotel, so we moved on. The dance club rumored to be right down the street was nowhere in sight.

After an hour of hobbling in frustrated circles it became too much for my roommate Lindsay. She announced that if we weren’t going dancing she was going back and strode angrily away from the group with only Josh and I chasing after her. The stress of the trip had taken its toll and she was letting it all out now in a string of colorful curses and personal insults to the city, its’ landmarks and its’ inhabitants. Her shouts bounced off the walls and even the iconic Christ the Redeemer was not safe from her tirade. I cringed as our trio flailed along the sidewalk in the dark and hoped everyone within earshot could not understand English.

As her temper quieted we realized we weren’t sure which way to go. The streets looked familiar, but which one was the hotel on? What was the name of it? Copacabana Atlantis? Or was it Atlantic Copacabana? Where the Atlantic Ocean and Copacabana Beach meet almost all the hotels use some combination of the two names, making it hard to figure out just which one you should be looking for. Help was needed and we would have to ask someone for directions. According to the media talking to strangers would inevitably end with us kidnapped, bludgeoned, raped, tortured, poked, prodded, ransomed and otherwise victimized in one of the favelas, but we weren’t getting anywhere on our own.

We started asking shopkeepers, taxi drivers, their passengers and eventually even random people on the street for directions. Some spoke English, some did not, but all were friendly and wanted to help us. One person’s directions often sent us in exactly the opposite direction as the previous person had but to be fair we didn’t give them much to go on. Did we know the address? No, we did not. Did we have a phone number they could call? No, of course not. We had tripped lightly out the door with no bread crumbs to lead us back.

Dozens of people talked with us, and each offered what help they could and wished us luck. Not one was hostile or even unfriendly. We finally met a well dressed man who started to give us a new set of directions, but seeing our desperate faces just sighed and led the ridiculous tourists around the corner to the hotel half a block away. I have never been so relieved to see a swanky lobby in my life.

This is the first day of the 2014 World Cup being held in Brazil, and with the 2016 Olympics coming up next Rio de Janeiro is under a lot of scrutiny. Safety is a big concern, and I admit that when I left home I was pretty worried about going there. After that first night, I wasn’t afraid any more. Yes, it’s a big city with the usual risks but the people are not out to get you. In our five days there we did meet a few people who made us uneasy, but for every person that might have made the news there were hundreds willing to go out of their way to welcome us. I can’t wait to go back and lose myself again. 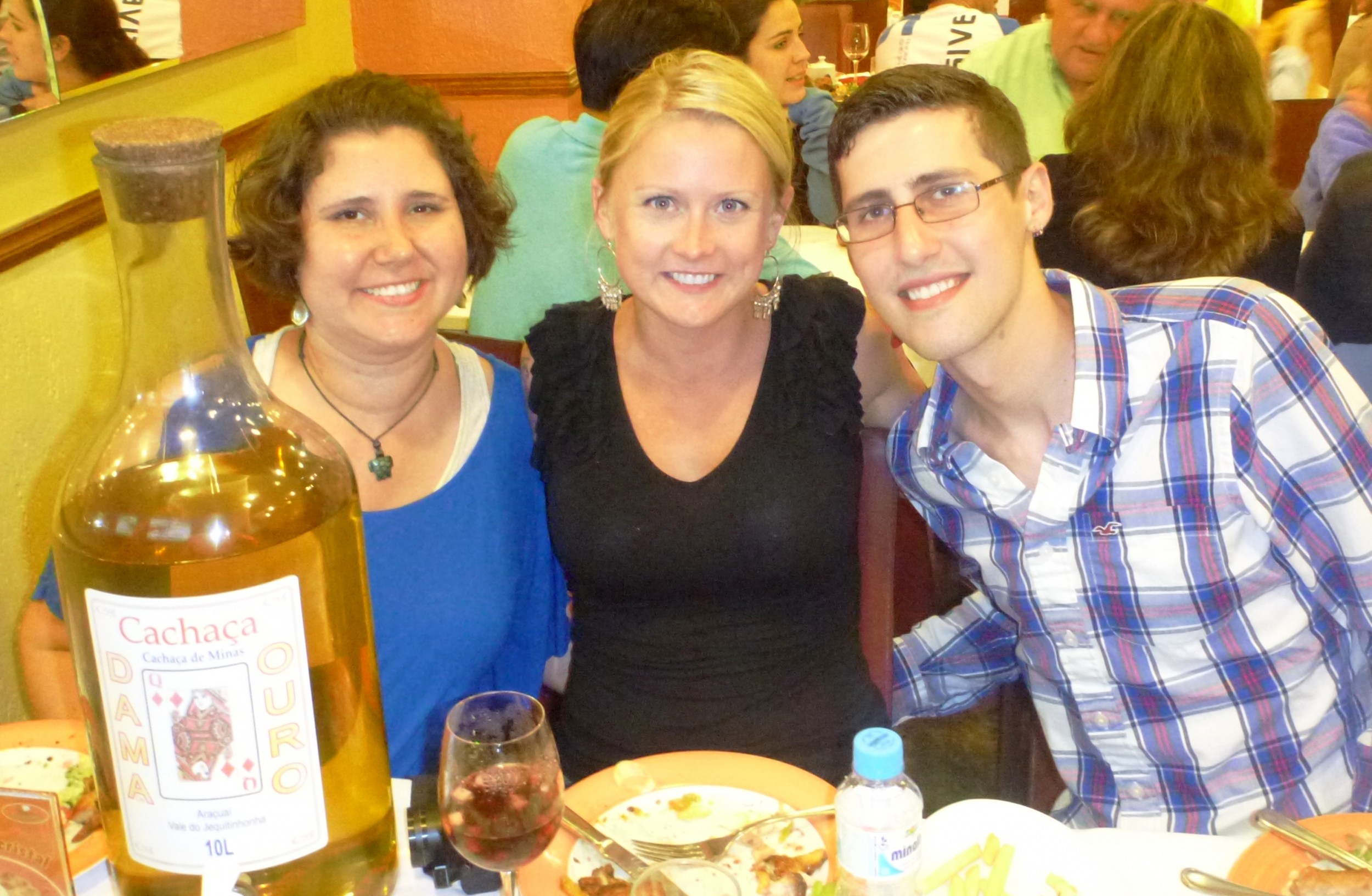 All we wanted was a little cachaça, is that so much to ask?

It turned out we were at the Atlantis Copacabana Hotel

A full breakfast buffet every morning and the best caipirinas to be had, even better when drunk on the rooftop pool deck looking out over the city to the ocean. It’s located between Copacabana and Ipanema beaches within easy walking distance of basically everything in this popular tourist area-just make a note of where it is before you leave the lobby!

*Travel in a group with at least one male present. At first this seemed silly to me as I am in my mid-thirties and didn’t think I would be a target. However the one time Josh left four of us on our own we were approached by Brazilian men in under a minute and even I had a hard time getting rid of them. Women without an escort will draw attention.

*Pay attention to your surroundings. In addition to getting lost we often notices pickpockets in the crowd; they could be spotted if you were paying attention to who was following you and what they were looking at. A simple shift of your bag to a less accessible area, such as wrapping the strap around your wrist or putting small bags inside your clothes was usu ally enough to cause them to look for easier targets.

*Be respectful. The most uncomfortable situation we got into was a direct result of another member of our group being rude and then refusing to pay and walking away, leaving us standing there with an angry proprietor looking at her “friends.” We paid the high price of her abandoned drink, apologized on her behalf and quickly made an escape hoping we wouldn’t be followed. Remember that a little courtesy is often all that is needed to get along wherever you are.

*Be smart. When the locals or guides tell you something is not a good idea or an area is not safe, listen to them. Don’t flash lots of cash or wear valuable jewelry, keep your belongings close; a neck bag or money belt is less accessible than in your pocket. When I travel I try not to take things that I could not bear to lose because there is always a chance it will be lost or stolen. If someone does corner you and want to rob you it’s not worth a fight, give them what they want and get away.

Been to Rio? Tell me about it! Comment below!