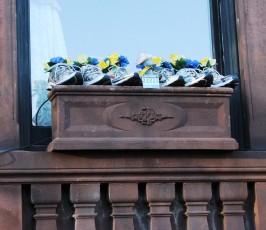 While I was in Boston this March I wandered around getting to know the city on foot, often not knowing where I was. On a chilly day I wandered down to the water after a tour of the Boston Tea Party Museum and walked along the inlet, coming to what seemed to be part of the harbor. I took pictures of the boats tied side by side in rows just beyond the high rises, and marveled at the contrasts of historic past and the modern future that is evident everywhere in Boston.

At one point I passed a closed street and a police car parked on the sidewalk, lights flashing but no one inside. I wondered why it was there, but figured if I was going somewhere I wasn’t allowed someone would stop me. A sign identified the place as Fan Pier, and photographs at different intervals showed how the waterfront and skyline had evolved over a century. I enjoyed snapping away with my camera for the better part of an hour. The serenity of the quiet waterfront, the novelty of the water taxi, the seagulls and few other walkers made me feel I had found an off the beaten path gem, although I’m sure on warmer days it would be busier. 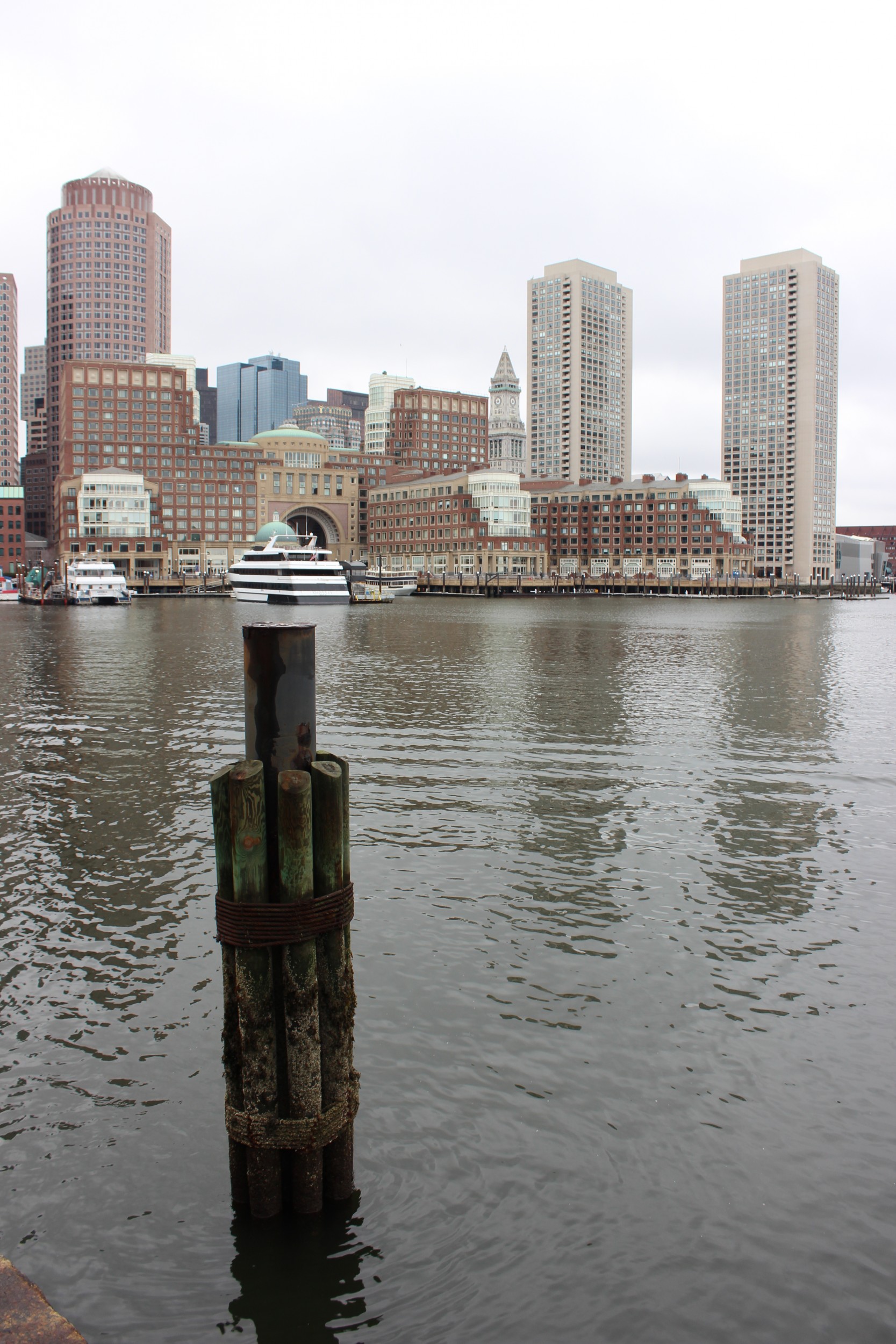 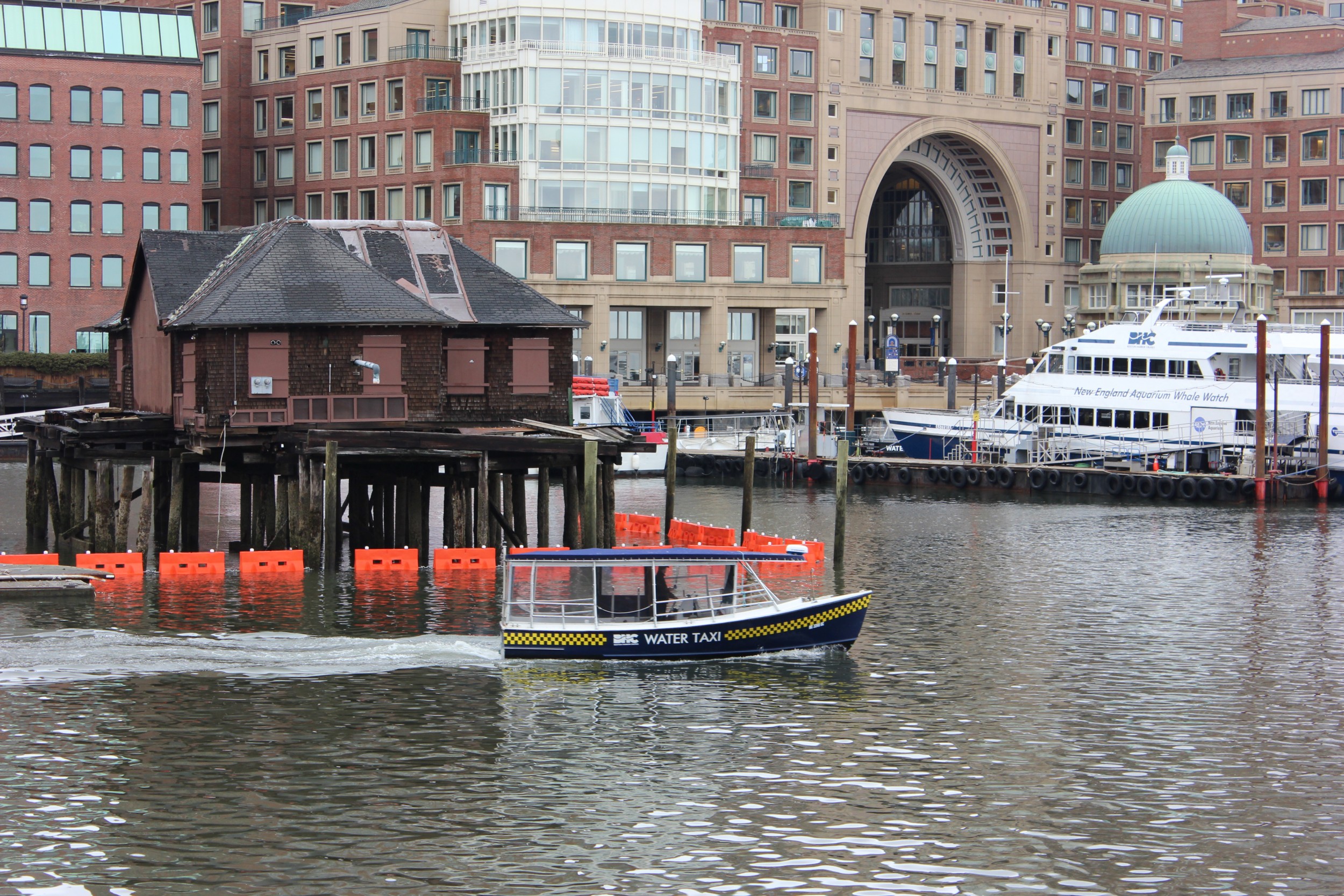 What I failed to notice right away was the large building at my back, an impressive curved structure with trees starting to blossom along the walkways. As I returned the way I had come it caught my attention and I stopped to read the sign identifying it: Courthouse. The words of one of the local women suddenly came back to me: we could go down by the water but it might be crazy because of the trial. The Boston Bomber was on trial here, probably inside right now behind those walls.

With a lurch my thoughts went from distant happenings in the city to recent. Boston’s history includes not only the colonial beginnings of our nation but the recent senseless tragedy of the Boston Marathon being used to make political statements involving bombs. What makes them both remarkable is the strength shown by the people who live here. They were the epicenter of the rebellion against the British and often took the full brunt of the punishment that rebellion brought. They were the target of extremists who wanted to use them to intimidate a nation, but in both cases their reaction and resilience changed them from victims to triumphant survivors.

On this day when the death sentence was handed down for the remaining bomber I think again of my time in Boston, how impressed I was with the not just the city but the people who live there. The stories of the survivors continue to inspire, and three years later the people of Boston continue to live up to what has become their rallying cry: “Boston Strong.” 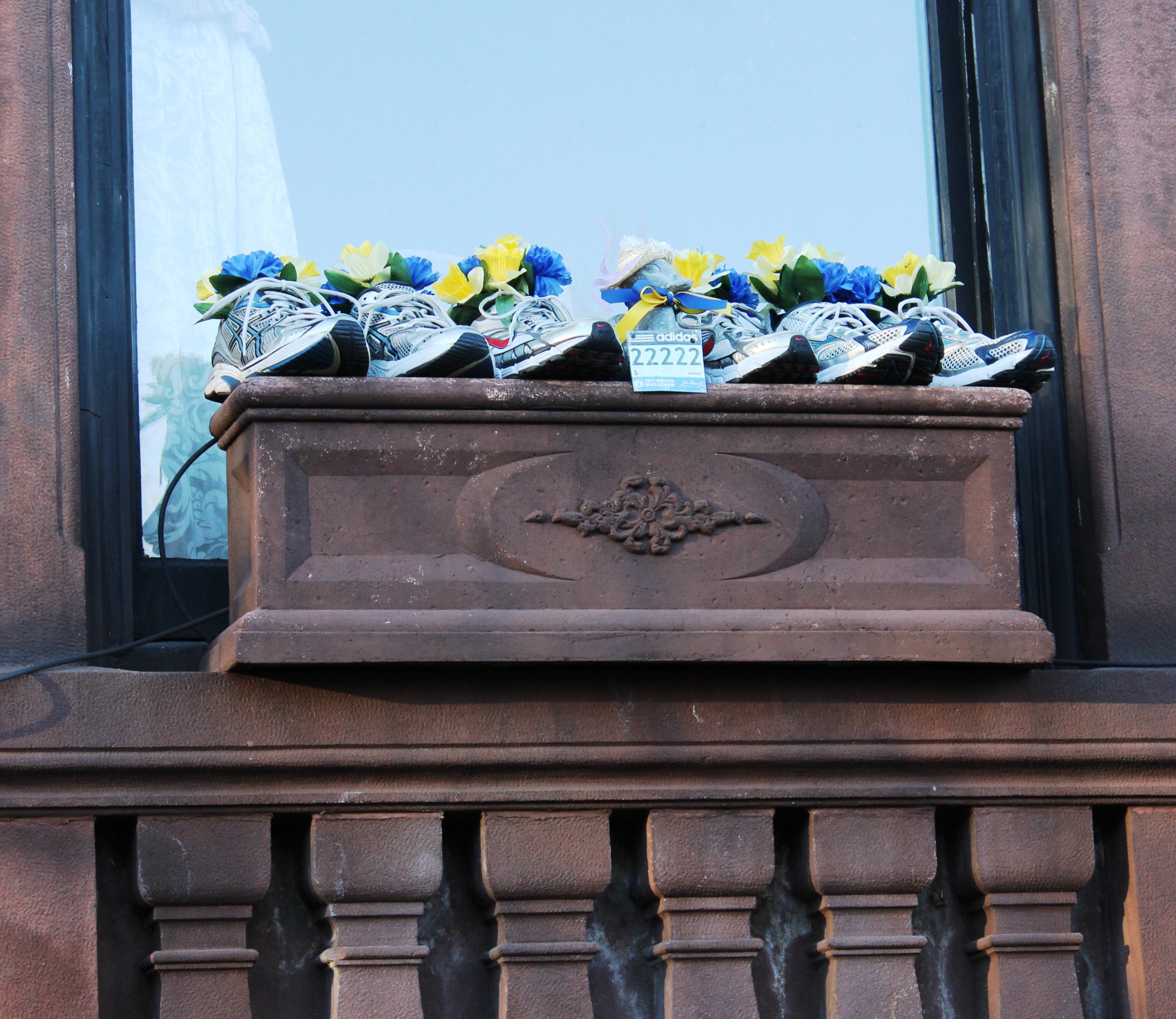