What We Learned By Leaving 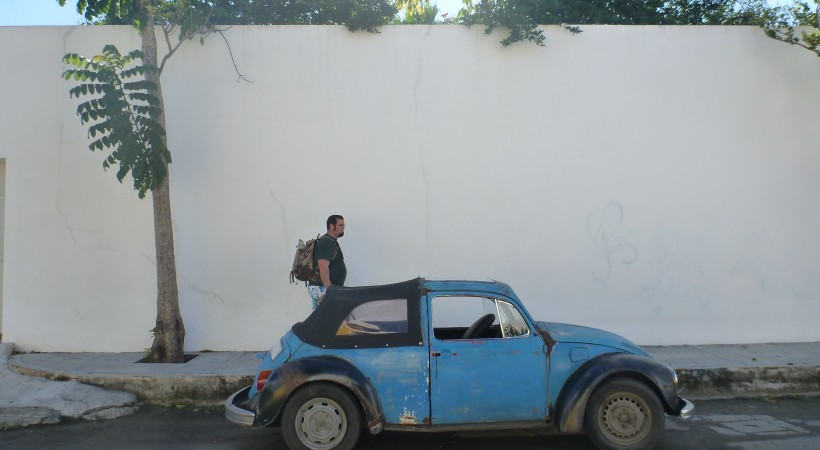 I thought that when we moved out of our house the hard part was over, but it didn’t get any easier. I spent our last two weeks in Iowa moving things from the basement to our new climate controlled storage unit, making sure local things got cancelled, moving money around to make it accessible from Mexico, and most of all, getting my phone number ported (more on that later after we test it in Mexico.)

Here are some things that we learned in our last month before leaving to travel the world:

1: Do a practice run packing.

We were halfway through loading the car when we realized it wasn’t all going to fit. The test run of packing the new suitcases had never happened in all the chaos, and now it was obvious that we had badly misjudged our car’s storage space. So we pulled it all out and started opening bags up and doing a final purge; there was a point when I wondered if I really needed clothes at all, since the books were more important to me, but I do have a few things left.

After paring down to bare essentials (books, Jason’s PS4, stuffed animals….) we crammed it all in and shut the door before it could escape again. Granted, this was all the luggage for Mexico plus all the camping gear for our 2 weeks of visiting in Arkansas and Missouri, but I still had to remind myself that it was okay, we are not packing ridiculously heavy for a vacation, we are MOVING.

Three hours later than we meant to leave we finally got on the road and drove out of Iowa .

2: Don’t underestimate the enormity of what has to be done at the last minute

I planned to have plenty of free time those last two weeks but with one car I was not only the family chauffer I was also the only one who could run all the errands we needed done. My in-laws live a good half hour from Des Moines, which doesn’t sound like much until you forget something and have to drive an hour round trip to retrieve it.

I went to the bank so often they knew me on sight, I closed out accounts and signed papers, I continued to run to Goodwill as we reduced our storage items even further, and I found a storage unit to hold what we were keeping. Honestly I don’t know what I did that took up so much time, it’s all a blur, but our to-do list never seemed to get smaller. There are still some online things I should be doing now.

3: Appreciate what you have

We had a nice house, in a quiet neighborhood close to grocery store, school, park and library. We had to buy it in a hurry when we were forced to move from our previous house, so I always felt some resentment about it. When we sold it and moved I found that I felt differently; it’s not really that I miss the place, it’s that I appreciate what a great place it was for my family. I hope the new owners value it sooner that I did.

When piling your stuff in a huge mountain that needs to be gone it’s hard to appreciate it. I don’t miss our material things either, but I know that others don’t have a lot of the options that we have, and I hope that they enjoy the items we gave up.

Now that we’re traveling relatively light I still feel the weight of what we’re carrying with us, and I think as we get better at this nomadic life that we will continue to let go of more. It’s not needed, but it’s hard to let go of things when we’ve always been told they’re important and valuable. I want to change that so we value intangible things more than our material goods, and I have to change it in myself as well as my children.

We’re doing this on our own and it’s up to us to make it happen. I plan, I stress, I work hard, but in the back of my mind I always believe that things will work out, and they do. Knowing this, I never give up.

Have faith and keep moving forward, it’s the only way to get where you want to go.


All content Copyright The Everyday Journey © 2015. All rights reserved.